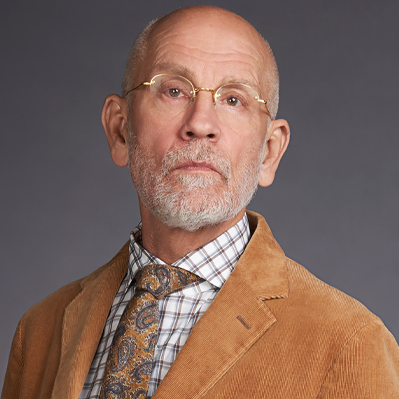 John Malkovich is an American actor. He is the recipient of several accolades, including a Primetime Emmy Award, in addition to nominations for two Academy Awards, a British Academy Film Award, two Screen Actors Guild Awards, and three Golden Globe Awards.

Starting in the 2010s, Malkovich has begun to prominently appear in television roles. Lead roles have included Blackbeard in the NBC pirate drama Crossbones (2014), Hercule Poirot in the three-part BBC One mystery series The ABC Murders (2018), and the title character in the HBO drama series The New Pope (2020). He has additionally made recurring guest appearances as Russian billionaire/criminal Grigor Andolov in Billions (2018–19), and has a supporting role as Dr. Adrian Mallory in the Netflix comedy series Space Force (2020–2022).

Malkovich was born in Christopher, Illinois, on December 9, 1953. He grew up in Benton, Illinois. His father, Daniel Leon Malkovich, was a state conservation director, who published the conservation magazine Outdoor Illinois. His mother, Joe Anne (née Choisser), owned the Benton Evening News daily newspaper and Outdoor Illinois. He grew up with an older brother named Danny and three younger sisters named Amanda, Rebecca, and Melissa. In a May 2020 interview, he revealed that Melissa is his only surviving sibling. His paternal grandparents were Croatian immigrants from Ozalj, his other ancestry includes English, Scottish, Serbian, French, and German descent. Malkovich attended Logan Grade School, Webster Junior High School, and Benton Consolidated High School. During his high-school years, he appeared in various plays and the musical Carousel. He was also active in a folk gospel group, with whom he sang at churches and community events. As a member of a local summer theater project, he co-starred in Jean-Claude van Itallie's America Hurrah in 1972.

After graduating from high school in 1972, Malkovich enrolled at Eastern Illinois University. He then transferred to Illinois State University, where he majored in theater, but dropped out. He studied acting at the William Esper Studio.

alkovich was married to actress Glenne Headly from 1982 to 1988, but they divorced after he had an affair with Michelle Pfeiffer. He began dating Nicoletta Peyran in 1989 after meeting her on the set of The Sheltering Sky, on which she was the second assistant director. Malkovich and Peyran have two children, Amandine and Loewy.

Malkovich has a distinctive voice, which The Guardian describes as "wafting, whispery, and reedy". He does not consider himself to be a method actor. He is fluent in French, having lived and worked in theater in southern France for nearly 10 years. He and his family left France in a dispute over taxes in 2003, and they have since lived in Cambridge, Massachusetts.

Malkovich is the co-owner of the restaurant Bica do Sapato and Lux nightclub in Lisbon. He lost millions of dollars in the Madoff investment scandal in 2008. He has raised funds for the Steppenwolf Theater Company, his sole charity.

Malkovich stated in a 2011 interview that he is not a "political person" and that he does not have "an ideology", revealing that he had not voted since George McGovern lost his presidential run in 1972. At the Cambridge Union Society in 2002, when asked whom he would most like to fight to the death, Malkovich replied that he would "rather just shoot" journalist Robert Fisk and politician George Galloway, stating that Galloway was not honest. Journalists speculated that the comment was related to criticism of Israel and the war in Iraq.

When asked in an interview with the Toronto Star in 2008 whether it was necessary to have spiritual beliefs to portray a spiritual character, he said, "No, I'd say not... I'm an atheist. I wouldn't say I'm without spiritual belief particularly, or rather, specifically. Maybe I'm agnostic, but I'm not quite sure there's some great creator somehow controlling everything and giving us free will. I don't know; it doesn't seem to make a lot of sense to me."

On June 6, 2013, Malkovich was walking in Toronto when a 77-year-old man named Jim Walpole tripped and accidentally cut his throat on a piece of scaffolding. Malkovich applied pressure to Walpole's neck to reduce bleeding before Walpole was rushed to a hospital, where he received stitches and later credited Malkovich with saving his life. 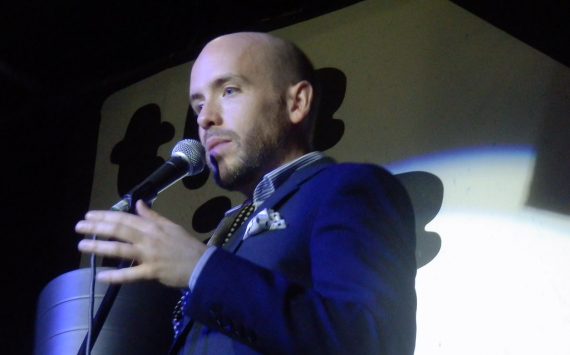 London Stock
3 Persons
GlobalEng.biz pays special attention to the activities of famous people: politicians, officials, businessmen, bankers, cultural and sports figures. Their opinion largely determines the development of the political, social and economic life of England and the United Kingdom. The section is constantly edited by our journalists for the relevance of the information. Here you can find information about the CEOs and presidents of top companies in England, officials and public figures who play a key role in the development of the region.
The goal of the project is to create a comfortable information space for all market participants, as well as to introduce the readership to business people in England.
We have created an impressive database of people in England, which contains information about the career path, education and other important information about a person.
Thanks to the automatic calculation of the number of mentions of a person in the news sections "English news" and "English press releases", a rating of the popularity and influence of persons is formed on the portal. The team GlobalEng.biz monitors changes in the rating and encourages project participants for their success. In general, the rating of participants is based on an in-depth analysis of the activity of PR services of famous people, and also reflects the qualitative state of the information field formed by the media and press services around the organization.
"Business people of England" is a project about people who, with their ideas, words and actions, have a great influence on the development and prosperity of England.
Alena Potapova
Development Director
Subscribe to the person
Person in rating
All